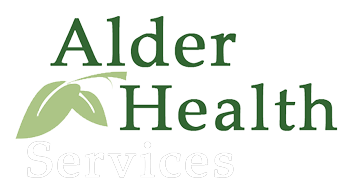 Young people have the power to change the future. With HIV/AIDS impacting thousands of Americans, we need help from youth advocates and their unique perspectives. Let’s learn about HIV in young adults and how people under 25 can work toward a healthier world.

How Does HIV/AIDS Affect Young People?

Young people make up a large part of new HIV cases in the United States. According to the CDC’s HIV and youth statistics, 21 percent of new HIV diagnosesinvolved people aged 13 to 24 in 2016. You can also find many youths who have HIV but don’t know it. An estimated 51 percent of young people with HIV did not have a diagnosis in 2015. Cisgender men who have sex with other cisgender men have the highest HIV risk among youth. That risk increases for African American and Hispanic men.

HIV can affect anyone under age 25, and it has the greatest impact on LGBT folks and people of color. However, youth can fight back against HIV/AIDS. Adolescents and young adults have the energy and passion for change needed to make a difference.

The Role of Youth in Preventing HIV

We need youth more than ever in the fight against HIV and AIDS. Thanks to rapid developments in technology and society, young people have unique perspectives on today’s world. They have different safety needs, experiences with stigma and methods of outreach. As the first generation born into a world with HIV/AIDS, they have a critical role in creating a generation without the disease.

Young people understand how to reach out to other youth. With so many people under age 25 developing HIV, they need advocates to help them navigate their diagnosis. Youth can help health professionals create treatment and prevention options that are relevant to their generation.

How Can Young People Make a Difference?

As a young person or advocate, you can take an active role in the fight against HIV/AIDS in youth. These actions help us include young people in the movement:

Get Involved in Youth Organizations: Coalitions and organizations for young people with HIV understand the movement’s most pressing issues. You can help them take action toward an HIV-free generation. Thanks to the internet, some organizations allow you to volunteer with online efforts.

Contact Your Representatives: Did you know you can tell your government to support existing policies? Get in touch with your representatives and tell them you want to keep policies such as the Safe Schools Improvement Act. Certain laws protect youth and raise awareness about HIV/AIDS in their population.

Together, we can prevent new HIV diagnoses and support HIV-positive youth.

Resources for Youth Living With HIV/AIDS

Young people who have HIV or a risk of developing it can get support from LGBT and HIV/AIDS organizations. If you live in the Harrisburg, PA, area, Alder Health Services can help. We provide free and confidential HIV testing as well as assistance with housing. Our HIV testing is offered every Wednesday from 4 to 8 pm. You can contact us using our online form or by calling 717-233-7190.